Buy from the Bush Campaign 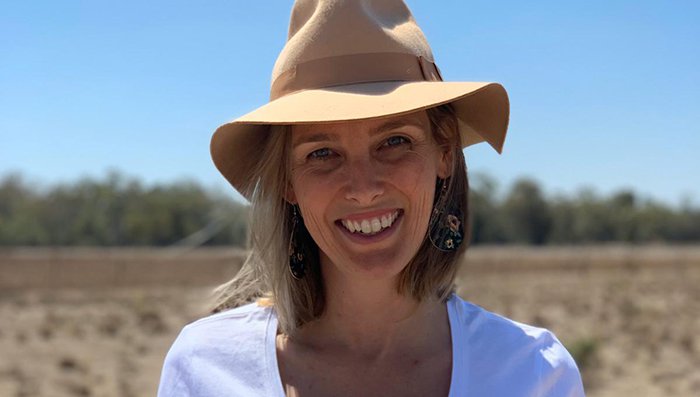 A national online campaign to encourage city dwellers to support rural businesses hit by the drought has been launched by a former Loreto student, recording more than 120,000 followers in just a few weeks. Grace Brennan…

A national online campaign to encourage city dwellers to support rural businesses hit by the drought has been launched by a former Loreto student, recording more than 120,000 followers in just a few weeks.

Grace met her now husband Jack when she was just 14 years old and he was a boarder at Riverview. Country-born Jack invited Grace to visit his family at ‘Wirrahlalee’, near Warren, in NSW, during school holidays and she became a regular at the rural property. Jack’s family have been farmers going back several generations in or around Warren.

When Grace and Jack married in 2010, Grace moved to live with Jack at their property, ‘Widgeree’, 70km out of Warren with Grace trading her inner city lifestyle for country NSW. They sold ‘Widgeree’ moving to ‘Merrimba’ and have been busy bringing up their three children, Eliza, aged nine, Maggie, six and Charlie, aged four, with another baby due next year.

She has seen first-hand the devastating effect the drought has had, but felt helpless to assist. But when an old friend mentioned that her family were buying their Kris Kringle gifts this year from small businesses in the bush, it sparked an idea. “I just thought, why can’t everyone do that? Spend a little (or a lot) of their Christmas money in the bush this year? ” explains Grace.

“The drought doesn’t just affect the farmers but entire rural towns and communities,” she adds. Grace set up an Instagram and Facebook page to showcase beautiful boutiques, wares and homemade craft that people in the city might like to buy as Christmas gifts or guilt free gifts for themselves!

Since its inception on 17 October, the page has gained over 100,000 followers and has garnered nationwide media. Some businesses have sold out within hours of being posted on the page, with one business posting 30 parcels in one week compared to her average of one parcel per month.

“We are overwhelmed by the wonderful support ‘Buy From the Bush’ has had so far, and I just hope it continues well past Christmas into the months and years ahead. This is a very simple way people in the city can invest in the bush.  It is not simply about dollars but creating relationships between the city and country. The emotional impact of that connection at a time like this cannot be overstated. It’s changing people’s lives.”

Buy from the Bush by visiting the page on Instagram @buyfromthebush and connecting with a myriad of rural based businesses. #buyfromthebush